In a world where anyone can post a video on YouTube or express themselves on Twitter, it’s easy to forget just how consolidated the U.S. news media is. The bulk of American television news is controlled by five companies: Comcast, CBS, 21st Century Fox, Time Warner, and the Walt Disney Company.

In that kind of media environment, local issues can be overshadowed by the news values of big companies. Often, the people in our communities who need a public voice the most are denied it.

That’s where Philadelphia Community Access Media comes in. PhillyCAM is the nonprofit organization that manages public-access television for the City of Philadelphia. This year, it's expanding its mission, launching media trainings in collaboration with the Free Library of Philadelphia.

Media tools are already in our hands

Unlike the workshops PhillyCAM usually offers, which focus on professional television and radio production, these trainings will teach community members how to create short video and audio productions with their tablets, smartphones, and apps. Together, the productions will form the People’s Media Collection, an online archive of hyperlocal content and community voices.

“The project is about transforming people from passive media consumers into active change makers,” says Gretjen Clausing, PhillyCAM’s executive director. “This project will result in hundreds of people becoming active participants in amplifying the voices of their communities around issues that matter to them most.”

Changemakers in their own voices

This is particularly important for low-income communities, communities of color, and new immigrants, who are often spoken about and for by outsiders, Clausing explains. “This project will strive to turn community members into agents of change, positioned to define their needs, problems and solutions,” she says.

The Free Library has locations in West Oak Lane and the Northeast. The latter is one of the city’s most diverse areas, with a high population of immigrants. One of the program’s goals is to collect stories from immigrants who use the Northeast library to learn English and access other resources. It will also give them the opportunity to practice English in a new and exciting way. 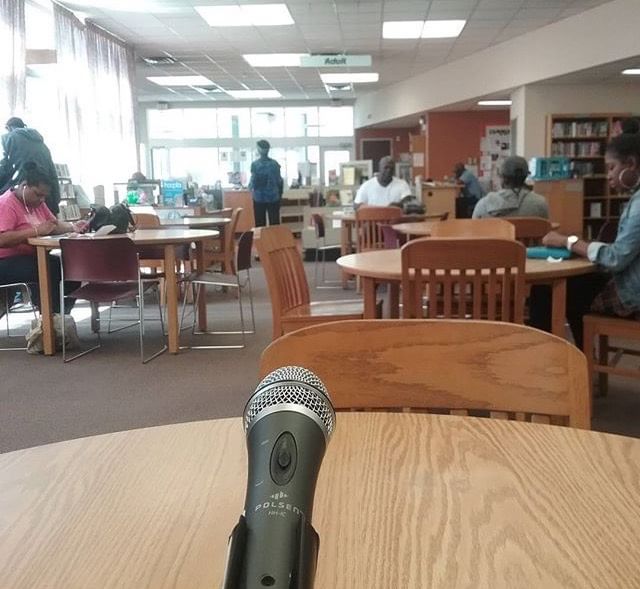 “Libraries can be vital hubs for understanding and accessing citywide opportunities and programs,” says Clausing. “The People’s Media Collection will immerse participants in many 21st-century skills that mesh with the goals of the Free Library to meet the huge needs of these communities. These media-centered activities help participants of all ages and experiences to develop their individual voices, gain confidence, learn to work collaboratively, and acquire important technical and life skills they can apply in school and in the workplace."

Confidence and skill — together, they encourage a kind of creative experimentation that many patrons may not have been able to experience before. Program coordinator Nora Kerrich has worked on everything from oral histories by older residents to middle-schoolers interviewing each other about their school experiences.

“[I left] a middle schooler with a tablet on PowerDirector and came back to a nearly psychedelic edited sequence, where he tested out any and all effects available,” says Kerrich, who adds that she tries to step back from the process as much as possible so participants can experiment and learn. “I showed him how to make basic cuts in a clip and move them around and he was off again, fiddling and learning all at once.”

Media trainings are held Tuesdays at the West Oak Lane Free Library (2000 E. Washington Lane), and Wednesdays at the Northeast Regional Library (2228 Cottman Avenue), thorugh September 2017, with the help of an on-site "community mediamaker in residence." You can sign up for workshops in advance here. An archive of video and audio projects will be hosted at peoplesmediacollection.org.

At right: Do you have a story to tell? The tools and training are waiting, like this mic at the West Oak Lane Free Library. (Photo courtesy of People's Media Collection).