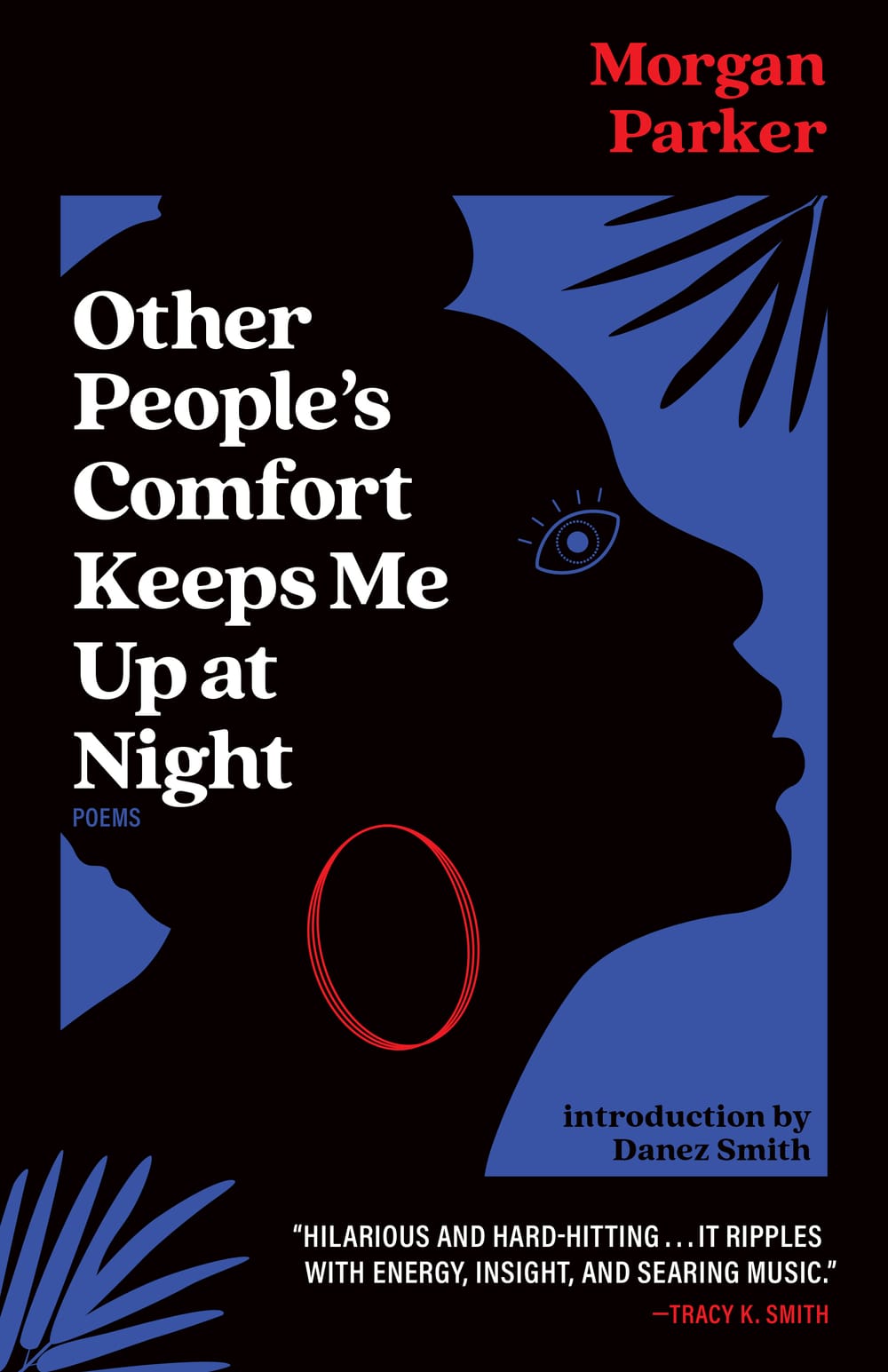 The re-release of Morgan Parker’s debut poetry collection, Other People’s Comfort Keeps Me Up at Night, meets a 2021 audience eager for personal truths from Black artists.

An adept new introduction from poet Danez Smith sums up the ethos of this collection: “Can I live? Can a Black woman be? Where is the love I deserve? Why are you so stupid? What poison will America be today and can I just, like, be for a second?” They add that Parker’s questions “don’t want power, only consideration, peace.” As the US grapples with racial injustice and inequity, Parker’s collection of poems distills her experience as a Black woman to the page.

There are five separate poems spread throughout the collection titled Miss Black America. These poems ask pointed questions, and Parker doesn’t pull any punches exploring the layers of Black identity.

Does she think she’s crazy
Does she go to church
Does her therapist ask
where her desires have gone
Does she know
what makes her special
Does she say wild
and free [.........] does she believe it

These poems, originally published in 2015, force the reader to acknowledge the multidimensional complexities and intricacies making up Black America: who is crowned and who is laid out to dry? I find myself racing through Parker’s words and scolding myself to abide by her pace, grammar, and punctuation. Her use of space between her words has visceral impact that only the poetic medium can yield.

Certain lines left me nostalgic for a feeling or memory my mind can’t identify, like a line from a poem titled In Search of Morgan, Season 3, Episode 24: “Every morning I scrape hymns from the backs of my teeth.” What does this mean, and do I really need to know? It’s an abstract grasp of struggle and endurance.

Parker shifts gears easily between melancholy, humor, trivialities, power, vulnerability, and grief. Through embodying hilarious and blunt characters from reality shows, Parker showcases unpopular opinions as unfiltered truth. Select titles of her poems are reminiscent of satirical headlines from The Onion, like Real Housewife Considers Feminist Theory While Sketching Designs for Her Handbag Line. Poking fun at how pop culture and social issues have transformed into a warped reality, Parker uses humor brilliantly to cover current events and entertainment—both real and fictional.

While the poet is skilled at balancing wonderfully specific adjectives with deliberate ambiguity, some of Parker’s poems feel too abstract or simplistic. Half the poems in the collection make me pause in awe and whip out my highlighter, but the rest leave me with little to ponder or appreciate—though this may be a matter of cultural differences or subjective taste.

I grew up associating most poetry with the likes of Robert Frost: an art form dominated by older white men—unrelatable and lacking color. Parker’s work is a refreshing departure from a medium usually dominated by white culture and standards of worth. Other People’s Comfort Keeps Me Up at Night is a collection well worth championing.