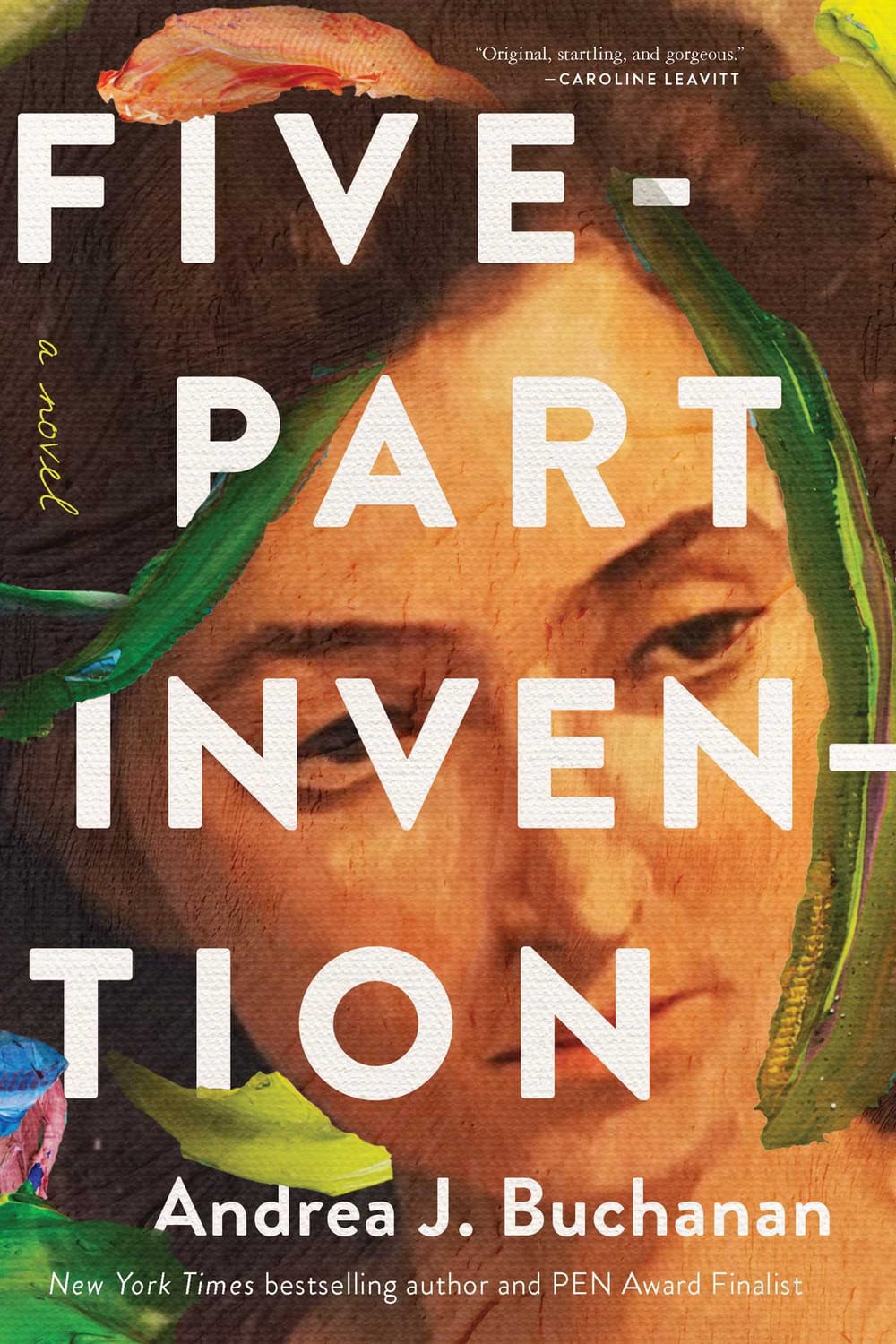 Andrea J. Buchanan’s immersive new novel Five-Part Invention begins in the early 1920s when Lise, a promising young pianist studying in Paris, meets Mor, a Polish painter whose art champions the working class and labor movement. They marry and move to New York, but as Mor’s career falters, he takes his frustration and bitterness out on his wife. Threatened by her talents, he forbids her to play her beloved piano, denying her creative expression and autonomy.

Buchanan weaves Lise’s story through four generations of her descendants. Fifty years later, Lise chronicles her emotionally and physically abusive marriage in a letter to her adult daughter Anna, attempting to explain her detachment as a mother. We follow Anna through the 1950s and 1960s, as she marries the narcissistic and abusive Ted when she becomes pregnant, going from an overwhelmed stay-at-home mother of six to a working single mother and student.

In 1979, Anna’s stepdaughter Pauline lives a cloistered life in the suburbs as the mother of toddler Hope, when she develops an attachment to another mother which spirals out of control. Hope, now studying piano in 1994, visits Ted and his new family for the first time, where she processes an abusive relationship with another student, and learns some family secrets. In 2020, Hope’s daughter Zoey writes a series of common application essays for college, detailing her identity as a transgender woman and how she copes with depression and suicidal ideation.

According to the novel’s epigraph, an invention is “a short keyboard composition featuring two- or three-part counterpoint.” Buchanan sets up these women’s voices and stories in counterpoint to one another. Each section follows its own structure, from the sweeping, episodic unfolding of Anna’s life, to the tense compression of Pauline’s obsession over several months, to Zoey’s first-person narration to an unknown audience. Buchanan gives each of her protagonists a complicated and compelling inner life, and places her within her own era with a deep sense of specificity. Each section feels like its own piece, as if we are reading four connected short stories and a novella encased in one novel.

We get snapshots and memories of these mothers and daughters together, but we only really learn what these women were like as mothers from their daughters’ points of view. Pauline promises toddler Hope, “I’ll be a better Mommy to you,” but it is Hope as a teenager who tells us if that promise was kept. Meanwhile, Zoey paints Hope as a fiercely involved advocate for her health. Though this structure feels intentional, I still wished for more detail from Anna’s childhood that would illuminate Lise as a mother, since theirs is the relationship that spins the story forward. Yet, by isolating these women in their own worlds, Buchanan also captures how they exist separately from their roles as wives and mothers, a reminder that parents are people with their own histories and struggles, before and after they have children.

Like a game of telephone, those histories become distorted or changed over the years as they pass through each generations' points of view, or by the information the previous generation chooses to share, or not, with the next. A gruesome fairy tale about a woman with silver hands is passed down from mother to daughter over the years: some find it repellent as a story of relentless trauma, while others change the narrative to a tale of survival. Or, as Lise’s story illustrates, how trauma changes our own individual relationship to memory as she pieces together the mystery of how she begins the book in a hospital ward after harming herself.

Buchanan also repeatedly returns to choices, and how the survivor decides to deal with their abuse and trauma. While she seeks to empower her protagonists to stop these cycles of abuse, she recognizes the challenges with seizing control when the forces opposing them—patriarchy, systemic oppression, mental illness—are massive. And, as each generation deals with the harm the previous survived, how healing exists on a continuum, as something to be re-learned and practiced.

On Wednesday, July 6, 2022, at 6:30pm, Head House Books and Blue Stoop will present an in-person conversation between Buchanan and Ona Gritz. More information on the Head House website.