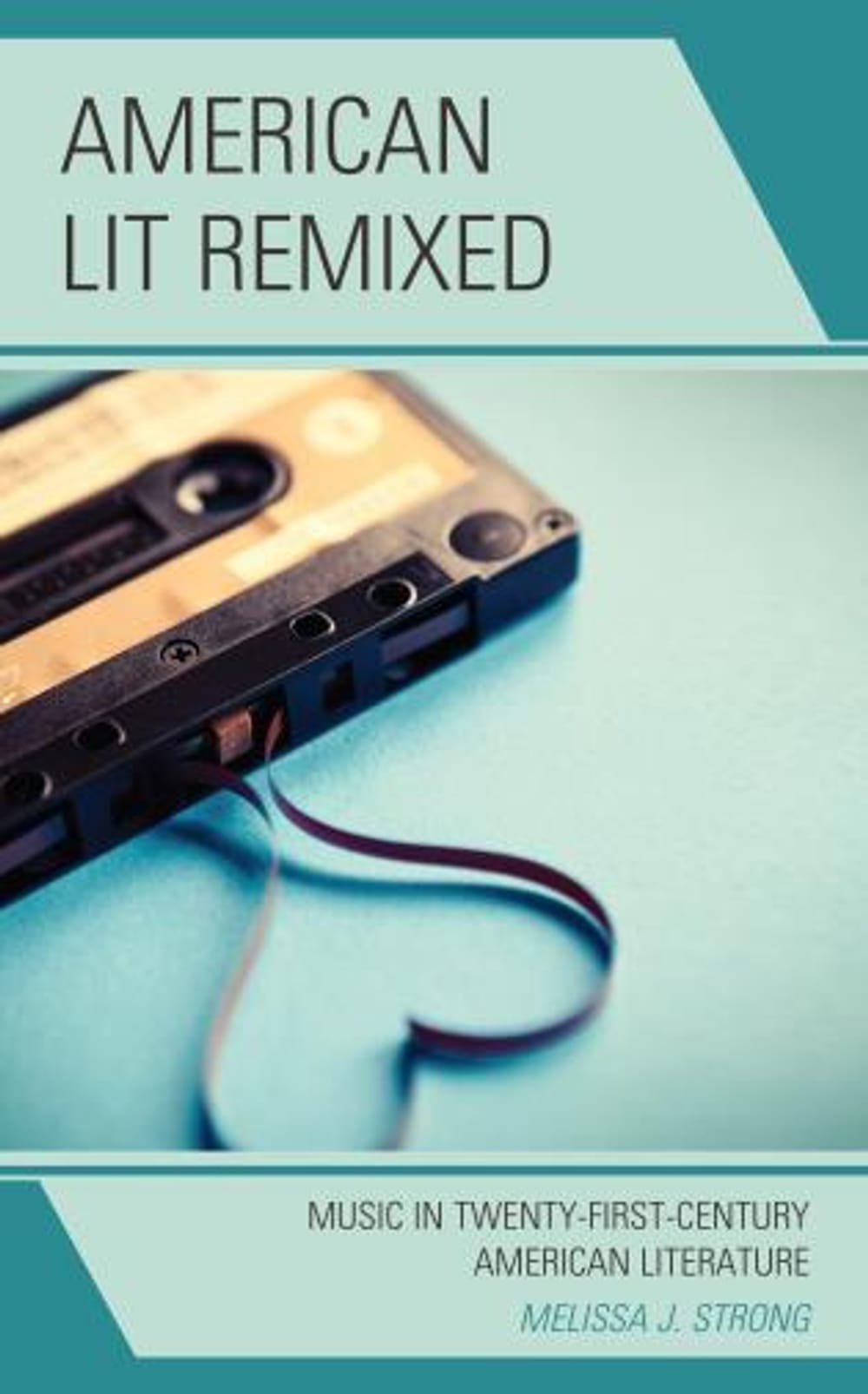 In Chapter 1 of American Lit Remixed, Melissa Strong’s fascinating new analysis of the connection between contemporary American literature and rock music, the author recounts a memory from her early childhood: asking her mother to play the “mmm” song. Her mother, not knowing what the “mmm” song is, wisely asks her young child to sing the lyrics. When Strong sings, “I get by with a little help from my friends, mmm, I get high with a little help from my friends,” her mother puts Sgt. Pepper’s Lonely Hearts Club Band on the turntable.

“Beginning in my early childhood,” Strong noticed, “music provided a form of communication between performers and listeners, as well as between listeners.” This experience no doubt influences her thesis that a new sound has emerged in literature since the digital revolution—specifically, a dialogue between contemporary American writing and rock music. Strong, an English professor at Community College of Philadelphia and a frequent Broad Street Review writer, reads works by a number of contemporary writers, from Jennifer Egan and Sherman Alexie to playwrights Anne Washburn, Taylor Mac, and Sarah Ruhl, through the lens of “remix theory.”

As an avid reader and contemporary music fan who thinks a lot about the soundtrack of my own Gen-X childhood and adolescence, I was excited to discover the concept of “remix theory” through Strong’s work. Strong identifies the way that Western literature has always had historical ties to music, from the earliest lyric poetry of Homer and Sappho, but focuses on contemporary writing. “Remix theory” is a term coined by one of her contemporary academic peers, Eduardo Navas, a professor at Penn State, to describe the remix as a form of artistic and cultural discourse. Strong applies it to a selection of American literature in the post-iPod generation (since 2009, she notes, the affordability of the iPod and innovations like music streaming dramatically changed the way that people consume music).

Strong is clear in the parameters of her analysis. She focuses on the relationship between literature and music in primarily one genre: rock, which she calls “the most popular genre and musical cultural force of the mid-to-late twentieth century,” as well as being “the type of music I am best prepared to discuss.” You can listen to some of the music that influenced her on the American Lit Remixed playlist she created on Spotify.

Strong notes that her academic background is in literature, not musicology, and also that her primary personal connection is to rock music. I appreciated her naming that at the outset of her analysis—scholars or readers who might be looking for an application of "remix theory" to hip-hop, a genre growing increasingly popular to a wider audience, will not find it here.

Likewise, Strong introduces American Lit Remixed by noting that it focuses on the work of mostly white writers. The exception is a chapter devoted to the work of Alexie, an Indigenous writer whose work draws extensively on his life experience. (In 2018, Alexie was accused of sexual harrassment. Strong addresses her decision to include Alexie’s work while condemning his misconduct.)

Strong explains that her book began with a paper focusing on Egan’s work, which she then expanded to include examples of the other writers and playwrights featured in the book.

“Because I feel that I have insufficient knowledge of other styles of music, including jazz and the blues, I chose not to focus on works by contemporary African American writers like Jacqueline Woodson and James McBride,” she writes. This introductory caveat was helpful in approaching American Lit Remixed as a deep dive into one segment of American literature, as opposed to an analysis of the relationship between music, writing, and publishing across all genres of literature and music.

As someone who has read most of Alexie’s writing, I found the chapter on his work to be the most intriguing. I hadn’t considered the ways that his writing engages with music and technology until reading Strong’s analysis. “Like many people living in the twenty-first century, Alexie has a complicated relationship with technology,” she writes, citing examples of both his criticism of digital publishing and his embrace of musical technology. She points out that a particular contemporary technology, the portable music player, appears in several of his works, including Bird Organ and The Ballad of Paul Nonetheless.

For theater fans, Strong includes an entire chapter, Remixes on the Stage and the Page, that explores how digital-era theater engages with music and how some contemporary plays use music in innovative storytelling. Her work introduced me to a number of plays that I haven’t seen yet but want to learn more about, especially Anne Washburn’s Mr. Burns, A Post-Electric Play, a dark comedy in which a group of survivors from an apocalypse piece together a Simpsons episode from memory, portraying “human survivors turning to pop culture for meaning and comfort over the course of more than eighty years,” Strong explains.

Not a time of loss

While Strong’s audience is an academic one, American Lit Remixed will be appreciated by any reader who is interested in the creative possibilities that exist at this particular moment in time, when the way we consume both books and music has been and continues to be revolutionized. I will definitely pay closer attention to the way that music itself and the concept of "remix theory" arise in the contemporary books I’m reading. While so many critics view the digital age as a time of loss for both the publishing and music production industries, American Lit Remixed inspired me by illuminating the ways that writing and rock can be in dialogue with and strengthen each other.