When Rana Fayez found a flyer promoting a concert in Philadelphia strewn with Arabic letters, she was furious.

“It was total gibberish,” she says. “It didn't make sense.”

She confronted the promoter about it and asked whether he was planning to include any Arab musicians or artists in his program. At first, he said no. Then he asked Fayez for suggestions.

But for Fayez, a journalist and DJ active in the Philly music scene, it was too little too late. “This white guilt pushed him to keep sending me all this music and I knew, I knew he was researching as he was talking to me. I felt like he had no intention.”

“I worried he would appropriate the music,” she says.

That was four months ago. Now, Fayez is gearing up to put on YallaPunk, a music and culture festival highlighting the creative accomplishments of people from the Middle East and North Africa (MENA). The festival will be held from September 1 through 3, 2017, across Philly venues including Johnny Brenda’s, The Barbary, and the Crane Arts Building.

Yalla is an Arabic colloquial term meaning “Let’s go.” It is common to all Arab dialects and is therefore used in a lot of programs aimed at Arab audiences, such as YallaVote.

So far, the festival has an impressive lineup of musicians, artists, and comedians from across the country. Aron Kader, the comedian who made waves with the Axis of Evil comedy tour in 2007, is coming in from Los Angeles. Chicago bands City of Djinn and Al-Thawra will be playing, along with Vancouver’s Puzzlehead and Baltimore’s Bidet, among others. There will also be plenty of local talent, including the band Night Raids and comedians Alyssa Al-Dookhi and Reem Seliem. 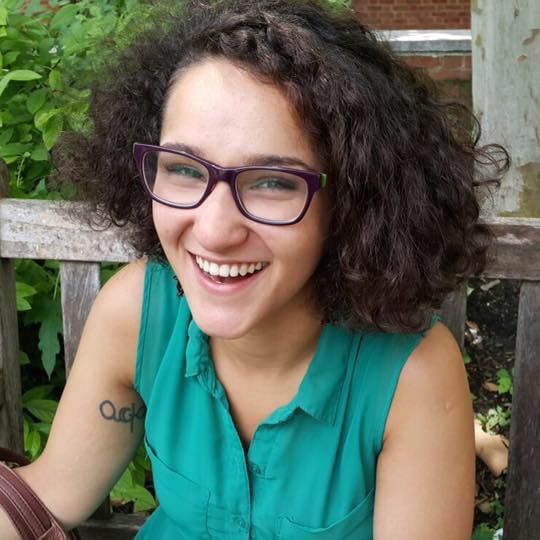 The convergence of MENA artists on the city is what founder Fayez and co-organizer Layla Farahbaksh (one among many organizers), are most excited about.

“Growing up I felt really isolated,” says Farahbaksh, who identifies as Cuban, Iranian, and queer. “This is my way of giving a space to my younger self and helping people feel less alone.”

When Fayez announced the festival on Facebook, she says she got a hundred messages in one day from people who wanted to be involved.

Spoken word poet Maryan Nagy Captan’s workshop, House and Home, explores the emotional aspects of home as a physical reality and social construct. It’s “inspired by my experience growing up in a very, very Egyptian household in the very, very white, working-poor town of Dover, Pennsylvania,” Captan explains. She explores “the intense shift between walking into and out of my parents' home, as though the doorway was a portal.”

House and Home is one of several festival panels and workshops. Marwan Kamel of City of Djinn and Al-Thawra will be teaching a workshop on maqam, the system of melodic modes used in traditional Arabic music. Farahbaksh will be on The Essential Feminist panel, discussing the social role of women in immigrant families. Fayez will be on the What Does It Mean to be Creative and MENA? panel.

“The MENA population is being targeted and it’s because of the misconception that were all violent,” she says.

Fayez also wants to battle that perception by holding the festival over Labor Day weekend, ahead of the September 11 anniversary. She hopes to change the common conversation about Middle Eastern people during this time, when hate crimes tend to spike. She also hopes it will replace many local Middle Easterners’ feeling of dread with something to look forward to.

She believes “in the healing power of art and culture.”

YallaPunk will close with an event called Solidarity Sunday at Win Win Coffee Bar. Fayez says she hopes allies of the MENA community will attend the festival and get to know the culture’s talent, full of “creative, happy, beautiful work.”

The YallaPunk Festival runs September 1 through 3 across Philadelphia. Visit online to find the full lineup and buy tickets.

At right: Comedian Alyssa Al-Dookhi will perform at the Barbary at 9pm on September 2. (Photo courtesy of YallaPunk.)