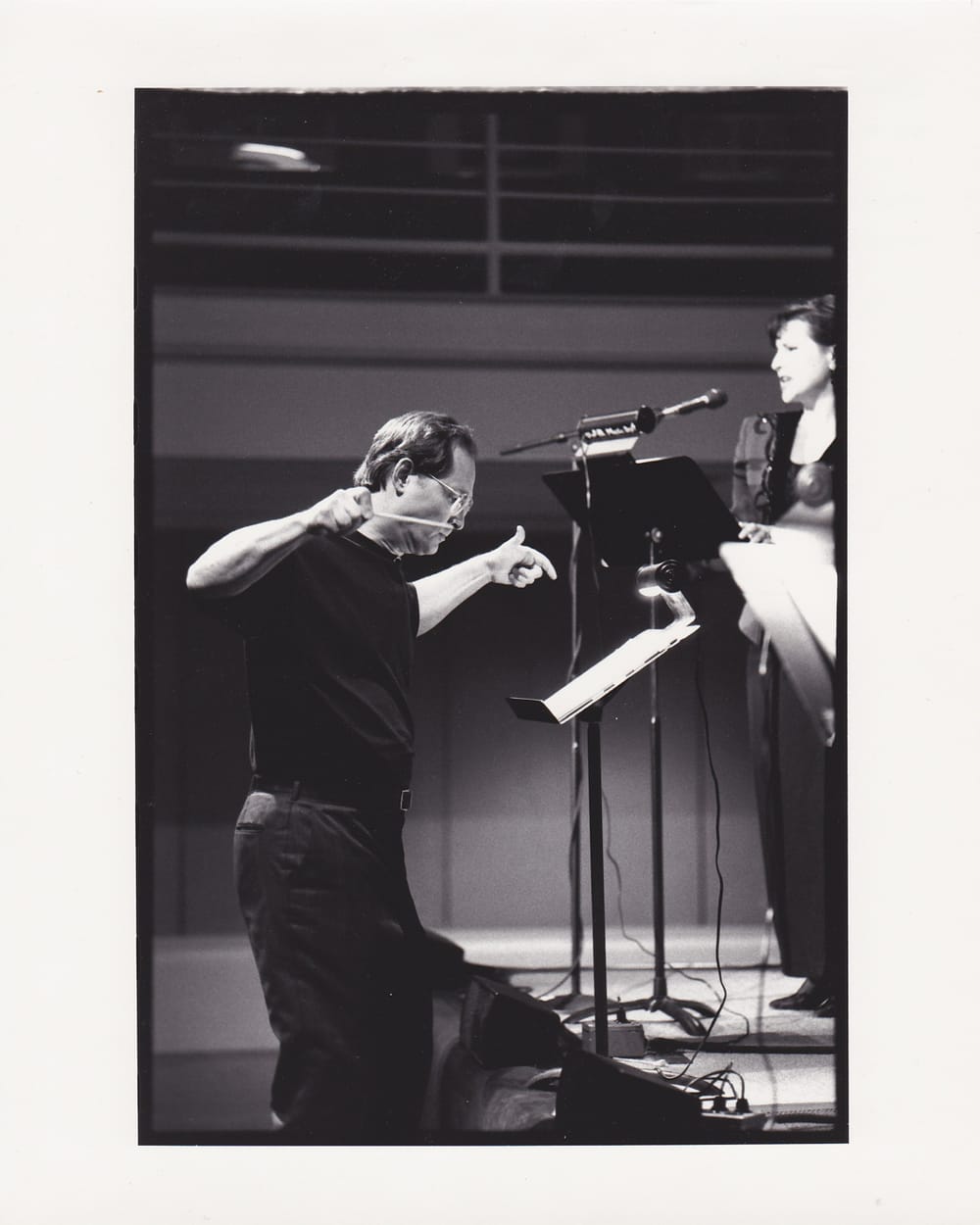 To honor Jan Krzywicki’s more than 30 years as Network for New Music’s conductor, the new music commissioning and performing group is celebrating his many musical contributions—as conductor, composer, and teacher—at its upcoming concert. As Linda Reichert, Network’s co-founder and artistic director emerita put it, “Network would not be here as it is today without Jan.” The upcoming concert features two of Krzywicki’s own compositions, a major new commission from the awarding-winning composer Sebastian Currier, and a commission from Philadelphia-area composer Michael Shingo Crawford.

Krzywicki, a native Philadelphian, began his early composition studies with Joseph Castaldo. Later, his teachers included Vincent Persichetti and Elliott Carter, as well as Nadia Boulanger and Darius Milhaud. He has been on the faculty of Temple University since 1987, teaching composition and directing the New Music Ensemble.

In 1990, he joined Network for New Music as the group’s first conductor, thus expanding the group’s options in programming larger, complex ensemble works. Network’s current artistic director, Thomas Schuttenhelm, explains that Krzywicki is among the few contemporary “composer-conductors” who “bring creating music (composition) and re-creating it in performance into a unified whole.” With Network alone, Krzywicki has conducted 114 works and more than half of those were first performances of Network commissions.

Network’s upcoming concert will feature two of Krzywicki’s own compositions. A new commission, Arabesques de Prés et de Loin II (Arabesques Near and Far) for flute, viola, and harp, was, Krzywicki explains, “conceived as a tribute to Claude Debussy in which I sought to enter into his compositional world without seeming like an imposter.”

The other Krzywicki work, Catching Light, is a sextet commissioned and premiered by Network for its 30th season in 2015. Each of the three movements (“Flickering,” “Shimmering,” and “Burning”) translates the visual (and even tactile) experience of light and flame into sound. This is a richly imagined work, with intricately textured musical lines, kinetic coloristic effects, and insistent, intensifying baroque-like rhythmic patterns.

For the present and the future

Krzywicki—always a champion of local composers—wanted to include one of his own students on the concert program. Thus, Network commissioned Michael Shingo Crawford, a Philadelphia-based composer and former Krzywicki student, resulting in a piano trio: Rainbow Chaser.

Network turned to the award-winning composer Sebastian Currier for the major work on this program. Krzywicki admires his music, saying of him that “over the years I have conducted and programmed several of Currier's works, every one of which I wish I had written myself.” This commission, Waves, for soprano, nine players, electronic media, and video, is roughly 30 minutes in length—an ambitious undertaking even without a pandemic. In it, Currier has set texts from Virginia Woolf’s late novel, The Waves, presenting the thoughts of women and girls varying from a young child to an 80-year-old woman.

Proof of Covid-19 vaccination is required for entry and mask use is required for the duration of the performance. The February 27 event will also be live-streamed and then presented online at a later date for ticket buyers.

Setting the stage for the children

Casting spells with a witchy woman