An exhibit aims to make you think at the Free Library of Philadelphia. Prisoner Art for Social Justice features 28 paintings by eight artists from Graterford and Greene State correctional institutions.

The nonprofit Art for Justice created the exhibit, running January 12 through February 15, and cofounder Ann Marie Kirk thinks it’s important for viewers to remember where the work was created. “Most of the art was made in individual cells with poor light, not in a studio,” she said. “Where this art comes from is powerful.”

Like works made in more traditional settings, though, each piece is as unique as its artist. “It’s filled with creativity and brilliance,” she said. “They have put together some profound things.”

The humanity of those behind bars

The exhibit complements the Prison Library program, which began loaning books to incarcerated individuals in 2013. Titus Moolathara, a librarian in the Education, Philosophy & Religion Department, began the program in Philadelphia after working at the Pennsylvania State Prison Library. The program enhances reading skills and supports prison rehabilitation programs, he said. One of the goals of both the program and the exhibit, he pointed out, is to show and remember the humanity of those behind bars.

That’s important for Kirk, and she’s been demonstrating that since 1997, when she cofounded Art for Justice with Charles Zafir Lawson. He’s serving life without parole at Graterford Prison. Kirk saw one of his paintings in an exhibit, bought it, then wrote to him to thank him. Over time, they became friends, then created Art for Justice together.

Lawson paints watercolor and oil works, especially portraits, to inspire youth to look to their own talents and turn away from violence, and to provide hope, according to organizers. (For a gallery of Lawson's work, click here.) 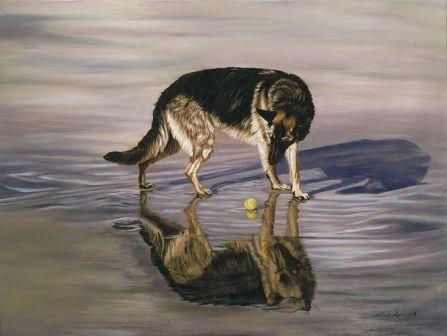 “It’s my hope that in viewing my artwork viewers will recognize that even in prison there are individuals who have worth and have something to contribute to their communities,” Lawson said in a press release. “I believe redemption is possible, even for those who are long-term offenders.”

Kirk believes that each prisoner begins a dialogue through his or her artwork, then “the viewer brings whoever they are, and through the art, there’s a conversation,” she said. “That’s what makes it so powerful and meaningful.”

Kirk was inspired to begin the organization having grown up in a family who believed in social justice, she said, and after becoming a social worker, using the arts to help institutionalized girls.

“I have firsthand experience of seeing people who were locked up,” she said. “It hit me in a profound way.”

Since cofounding the organization, Kirk has corresponded with many inmates, especially those on death row. She has boxes of their letters and artworks and has ensured that much of it has been seen — the Free Library exhibit is the 73rd. “I really believe in this,” she said. “Art can inform people in ways that sometimes words can’t.” 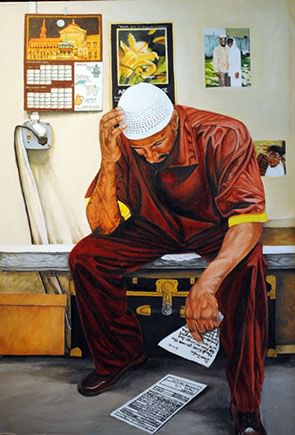 The art informs the public about the prison system, those within it, and issues surrounding it — including the death penalty, wrongful convictions, isolation units, juveniles serving life sentences without parole, mandatory sentencing, and incarceration of individuals with serious mental illnesses, she said.

But the art helps the inmates, too. “It brings another dimension to their understanding,” Kirk said. “Through the arts, you are recreating yourself.”

“That’s what it’s about: going inward,” she said. “Art can make a difference.”

“Prisoner Art for Social Justice” is running January 12 through February 15 on the 2nd Floor Gallery of the Free Library of Philadelphia’s Parkway Central Library, 1901 Vine Street, Philadelphia. A reception will be held on Tuesday, January 13 from 5:30-7pm.