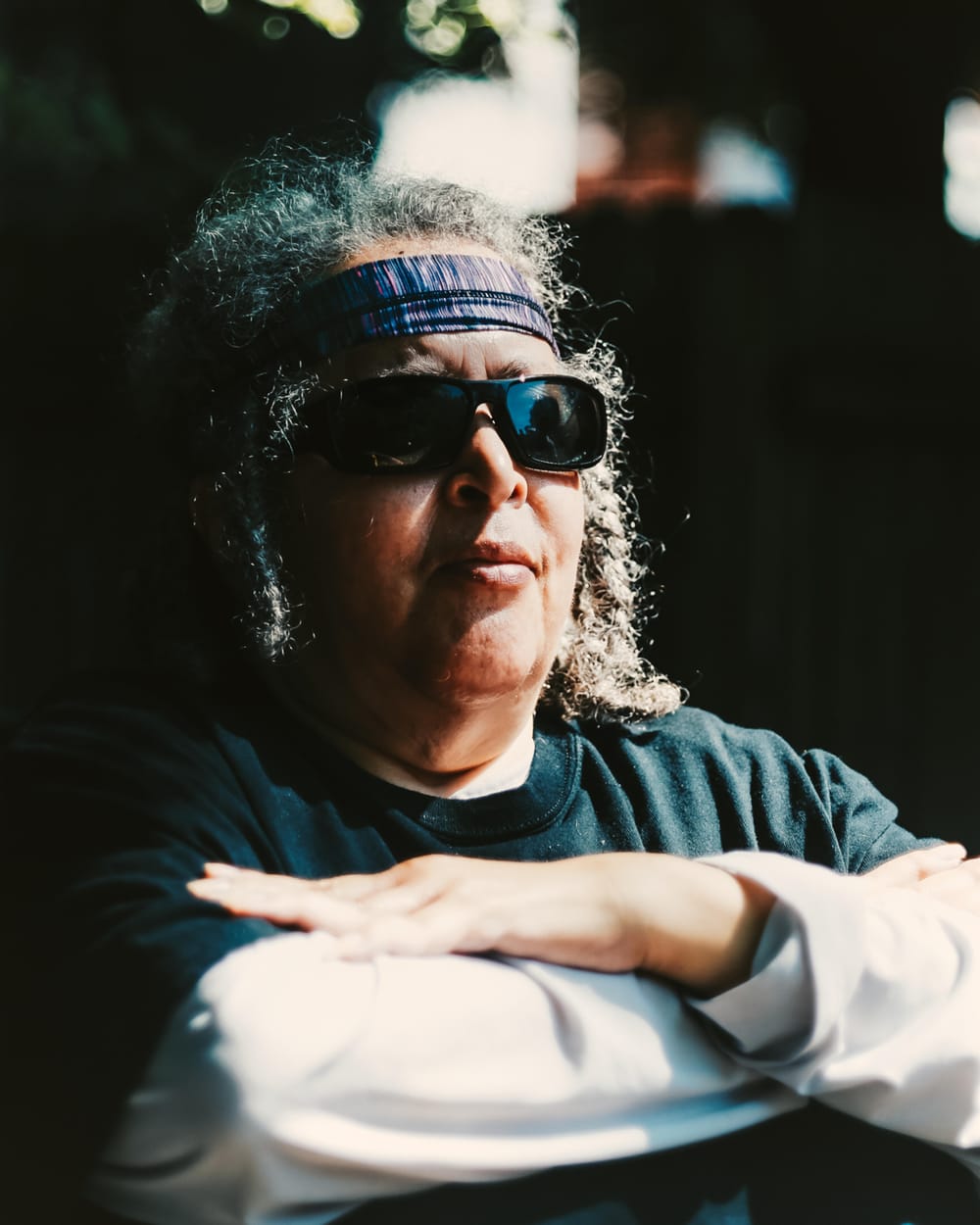 Come as you are. That was the invitation shared with subjects ahead of portrait sitting sessions for Indigenous Faces of Wilmington, a new photography exhibit at the Delaware Art Museum. “We didn't ask no one to dress in anything in particular, everybody came as who they are, as they felt they wanted to be represented,” said Iz Balleto, the museum’s community engagement specialist who conceived of the project.

Photographed by André L. Wright Jr., Indigenous Faces of Wilmington is a collection of 11 portraits. The elders of the group are respectfully displayed first, and familiar local faces of a restauranter, musician, spiritual leader, and veteran, among others, appear. All told, about a dozen tribes are represented—but innumerable stories and backgrounds.

In one portrait, a feathered headdress. In another, a motorcycle. A sharp gray suit. A folded American flag bandana. Expressions of strength, love, honor, and pride. Throughout the portraits, there is a diversity of cultures, nationalities, and races.

“Being Indigenous is not just one hue or one particular face,” said Balleto, who is also a Peruvian native of the Quechua Indians of the central Andes.

An admirer of Wright’s work, Balleto invited the Wilmington-based photographer to craft the exhibit, Wright’s first in a museum. Indigenous Faces of Wilmington presented an opportunity for the photographer to honor his parents, who are Nanticoke and Cherokee, and express his identity.

Wright said his parents made sure he knew where he came from and encouraged him to connect with people of all backgrounds, but he did not always openly share his Indigenous identity. He traveled the world at a young age as a self-described “military kid,” living in Germany for six years before coming to Delaware.

An image of his late mother Sharon, captured in her backyard last year, is the only portrait not created specifically for the exhibit. A new portrait of Wright’s father, André Sr., looking dapper in a two-piece suit and feathered bowtie, appears alongside her.

“That was a beautiful process, just to see him—sharp, clean in his suit, representing,” said Wright. “I've shot my dad several times for portrait-style photography, but this is the most meaningful one.”

While the portraits came together quickly, with hour-long sessions taking place over a week in May, the exhibit is the result of years of relationship building, Balleto said. Indigenous Faces of Wilmington is also part of greater Indigenous and community-based programming at the museum and complements a major exhibition of work from Diné (Navajo) photographer Will Wilson.

Following the close of the exhibit, the portraits will become part of the museum’s archives, continuing the stories of the people in the portraits. Wright said he has already heard from several visitors that seeing the images inspired them to research and understand their identities.

“You need to know who you are,” Wright said. “You can't move forward unless you know where you came from.”

A Powwow of Arts and Culture will be held in the museum’s Sculpture Garden on July 23. Planned in partnership with community advisors and the Nanticoke Indian Association, this event will celebrate Indigenous culture. The event is free and visitors of all ages and backgrounds are welcome.

Masks are not required inside the museum, but visitors are required to wear masks in the auditorium and on gallery tours.

The Delaware Art Museum welcomes visitors of all abilities and provides a variety of accessible programs, events, and services. If you have specific questions, please call (302) 571-9590 or (866) 232-3714, or visit delart.org.

‘I Look at the World,’ ConsenSIS, 'The Taming!,' and more

Art and wellness for the “Head and HeART”

‘Band Together’, ‘Get Pegged’, and more this week