Ask anyone in the hip-hop dance world, and they’ll be able to tell you something about Raphael Xavier. After all, he’s a Pew Center for Arts and Heritage fellow and has been dancing professionally for 20 years. What they may not be able to tell you is that he’s been practicing photography and painting for just as long.

Xavier (a Wilmington, Delaware, native) is presenting his first solo visual-arts exhibit at the Dupree Gallery in Philadelphia, merging his two passions. The exhibit, Out of Time, focuses on movement and improvisation, key components of Xavier’s dance career.

“It’s about the lines, the movement and design,” he says. “When the music’s on, I just do it, and now I paint the same way. I turn the music on and just go. I’ll set the canvas like a stage.”

The dance inside the camera

There was a time, however, when it was the visual art that drove the dance. Xavier originally wanted to be a professional photographer and was introduced to the dance world when he did freelance photography for hip-hop magazines.

“I would set everything up like I would if I looked through a camera lens,” Xavier says of his early experiences in choreography. “Everything is based on movement — the slow shutters and time exposures are based on things moving in the lens that you couldn’t see — and then on stage I just had a bigger version of being able to move through space and time.”

Xavier’s interpretation of movement in different media is what drew James Dupree of the Dupree Gallery to his work. “As a young artist, there was a time I thought I would become a dancer,” he says. “I share [Xavier’s] passion of visual movement.”

“I hope that viewers get how the dancer visually sees movement in a two-dimensional picture plane,” he says.

“What people think about us” 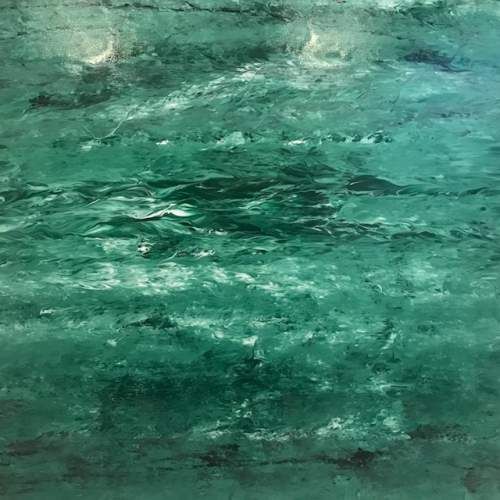 While this is Xavier’s first solo exhibition, it’s not his first time defying expectations of him as solely a dancer. In 2013, he did a showing of photos of abandoned bicycles, a project he’d been working on for 13 years, at the Painted Bride. He put together a book of his work and sold prints, but was disappointed that the dance community seemed uninterested in the work.

“When you do more than one thing, people don’t know what box to put you in,” he says. But he has been experimenting with visual arts, including chalk and scratchboards, since he was a child, and it has all fed into his dance career.

“Now as an adult, it all makes sense. It’s all tied into my experiences… people that I’ve been inspired by.” Whether that inspiration comes from visual artists or dancers, Xavier says it all feeds into both his dance and his visual work.

“I think we get stuck in a place looking at what people think about us. We always gauge how good we are or what we should be doing based on an audience,” Xavier says. He hopes that in challenging people’s expectations of him, viewers (whether they are dancers or not) will see that the most important thing about a creative work is the enjoyment the creator gets out of it. “You just continue to do what you want to do and enjoy it,” he says.

Raphael Xavier’s Out of Time runs at Dupree Gallery (703 S. 6th Street, Philadelphia) through September 30. Xavier and guest performers will also be on hand for short performances and readings on August 11, 18, and 25. The gallery is open on Saturdays from 5 to 9pm, or by appointment.

Above: A painting by Raphael Xavier. (Image courtesy of the artist.)