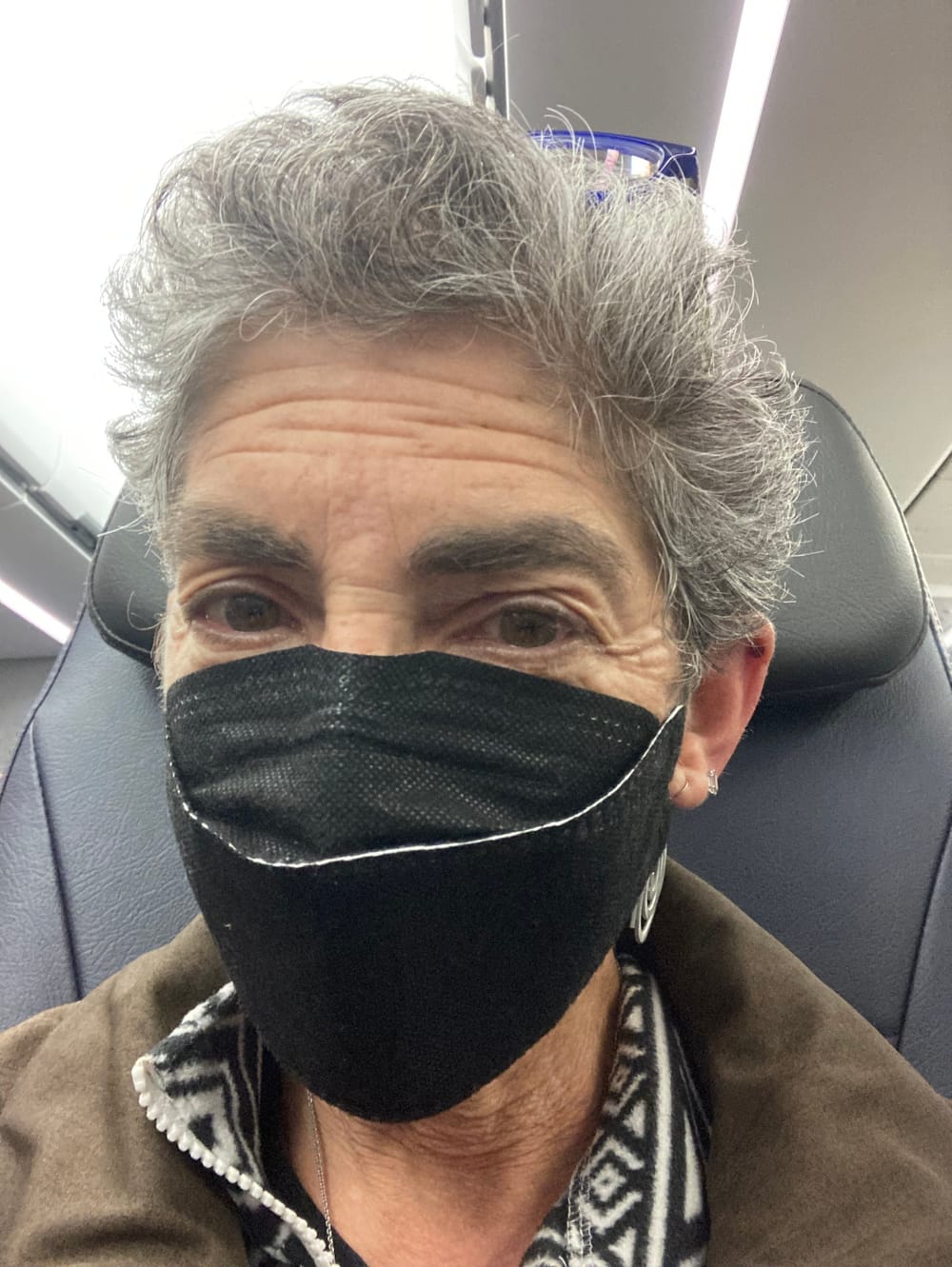 From the moment the plane touched down, I knew we were not in Kansas anymore.

Emphatically not in Kansas.

“Pasajeros: el uso de mascarillas es obligatorio.” The generically crisp voice of flight attendants everywhere was reminding us that masks are required in Santiago, where I’d just landed for a visit with my 21-year-old daughter, who had been studying there since February.

During 10 days in Chile—capital city, small towns, seaside villages—I never saw a person in public without a mask. Museums, stores, artisan fairs, and open-air markets required them. Same with buses, the subway, and Uber.

But even while walking down the street, even on a wide, sunlit block in an area affluent enough to post signs noting it was a barrio protegido (though protected from what, and by whom, I wasn’t sure), residents wore masks while unloading groceries or watering their lawns.

To get into the Banksy exhibit, the Pablo Neruda house, or the snug club where a quintet of women with Ghanaian drums rocked Afrojazz till nearly 1am, I had to show my digital pase de movilidad, documenting my Covid-19 vaccines and booster shots along with my birth date, passport number, and a QR code. In cafés, I raised my wrist for a digital temperature check at the door.

“That sounds performative,” my best friend said when I told her. “I mean—masking outdoors when there’s basically no one around? Taking temperatures? What’s the point?”

So I checked the Reuters dashboard for Covid data by population: as of July 15, for every million people, Chile has had 216,000 infections (compared to 271,000 in the US) and about 3,000 deaths, the same rate as in the US but far fewer than in Hungary, Bulgaria, Russia, or Peru.

“What’s up?” I asked my daughter and her classmate over ceviche and Pisco sours one night. “Why are Chileans so mask-compliant? How come there aren’t protests demanding freedom from face coverings?”

They shrugged. “It never became political here,” Maia said. But why? Maybe in this skinny border country tucked between ocean and mountain range, there’s a more palpable sense of communality. Or maybe their leaders, including the recently elected 36-year-old progressive, Gabriel Boric, haven’t been callow enough to turn a pandemic into a partisan cudgel.

A stranger in another idiom

I wandered, made cringe-worthy grammatical mistakes, and managed to get on the right bus to Isla Negra. Gradually, nervousness ceded to pluck and curiosity, a willingness to venture solo and chat up strangers in my imperfect Spanish.

I thought about how the pandemic had stretched my horizons; I Zoom-chatted and worked virtually with folks across the country and around the world, glimpsing not only their bookshelves and kitchens, but their divergent perspectives on this moment in history.

In other ways, though, Covid shrank my world. For months, I barely left my zip code, hardly interacted in person with people I didn’t know. Strangers acquired an aura of menace—Were they infected? Might they sneeze on me?—and traveling to another country, even another US city, seemed foolhardy.

I lassoed my energies toward things I could control: masks, groceries, a hyper-local life that traded safety (or, at least, the illusion of safety) for novelty, variety, expansiveness.

Going to Chile up-ended all of that. I left mid-summer and flew over the equator, landing just days after winter solstice. I was a stranger in another idiom, my gringa accent marking me as foreign the minute I opened my mouth.

For the first few days, mother-daughter dynamics flipped; I gratefully leaned on Sasha’s cultural and language expertise. She made the dinner reservations, pointed me in the right direction on Avenida Nueva Providencia, and explained local customs. They never bring the check until you ask; tip 10 percent, no more, no less.

“What surprises you about Santiago?” she asked as we trudged to the apex of Parque Metropolitano, where a huger-than-life statue of La Virgen holds out her hands (In blessing? In supplication?) to the city below.

Including the Museo de la Memoria y los Derechos Humanos (Museum of Memory and Human Rights), which looks unflinchingly at the regime of Augusto Pinochet (1973-1990), whose military coup launched a 17-year reign of political terror: torture, disappearances, executions of more than 2,000 people.

Their faces stare from one wall of the museum’s atrium: sober or smiling black-and-white snapshots of ordinary people who did not survive the Pinochet years. And what of those who did, and their children, and their children’s children?

In 50 years, I wonder, will we have a museum dedicated to unraveling exactly what happened on January 6, 2021, along with all the lies leading to that day? And is the memory of bloody repression the backstory to Chileans’ obedient masking—that when you know what it really means for the government to strangle liberty, being asked to wear a protective piece of cloth just doesn’t feel like much of an infringement?

My patch of sky

It’s good to get away from home. It’s good to be reminded that my mother tongue, my habits, and my hemisphere are not the nexus of the world. One night, in a small town in the Valle del Elqui, we huddled in the desert darkness with 10 strangers as an astronomer pointed to the sky.

Time and space pleated like a paper fan. If you could move at the speed of light, he told us, you could fly to the moon in a second. These stars—he tickled them with the tip of his laser—were born billions of years ago. And that bright pulse? The bottom point in the Southern Cross, a constellation I’d never glimpsed before, because even our patch of sky, and the story we tell about it, is limited by where we stand.

Puppies, love, and chocolate: how to live on life’s knife edge

Black, queer, disabled self-love is a necessary act of rebellion and healing

The power of equanimity