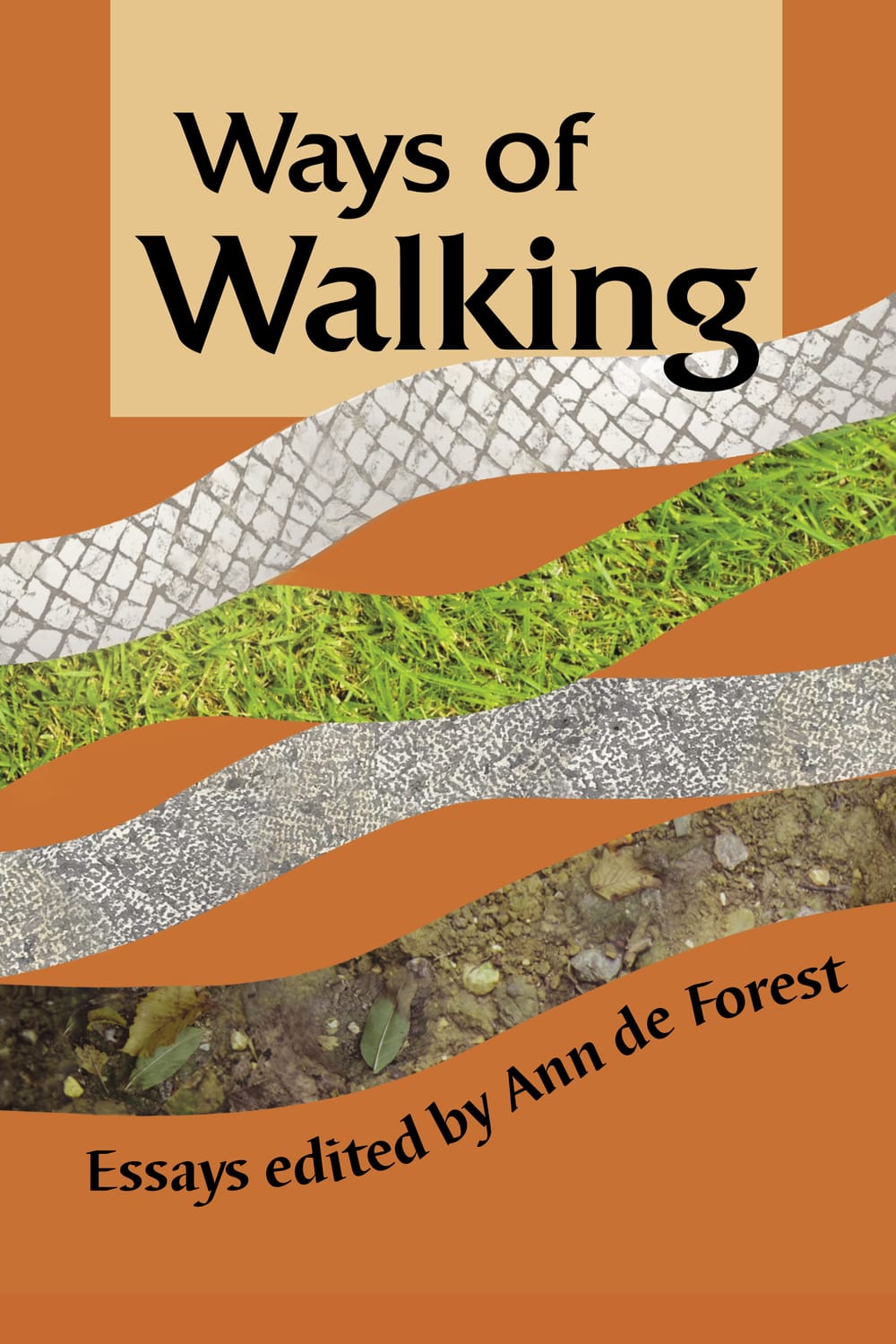 Ways of Walking—a spirited, surprising, often profound book of essays collected by Philadelphia writer Ann de Forest and published by the Fairmount-based New Door Books—limns pathways through Chicago streets and Jordanian hills, across the pedestrian-unfriendly freeways of Los Angeles and the basalt stones of the Via Appia Antica, the ancient Roman road.

The anthology also illuminates ways of walking: as joyful exploration or meditative practice, as resistance and trespass, toward a destination or with the journey as its own reward.

The 26 essayists include a woman who uses a wheelchair, a Black man writing to his deceased father about walking around Philadelphia, a Korean immigrant who traverses former Native pathways spanning from downtown Chicago, and a man whose father lost, from dementia, the ability to self-navigate on foot. That inclusivity reminds us that our gender, race, size, cognitive ability, and physical condition all shape how and where and why we walk.

De Forest was one of four Philadelphia artists who, in 2015, embarked on a residency that led to Walk Around Philadelphia, a 100-mile circumnavigation of the city. As a group experience, that walk now happens twice annually; individuals can download maps and materials to try it as a DIY adventure.

In her own contribution to the book, “Aberrant Angeleno,” de Forest writes about her experience of walking as a restless adolescent in a Los Angeles private day school, when she and her friends spent each lunch period clambering in the tangle of sage and chaparral above the playground:

De Forest, who attended college in New England and now lives in Philadelphia, pushes back against the common East Coast notion that Los Angeles lacks a sense of place, that it doesn’t qualify as a “real city.” Instead, she counters, walking through the shifting landscapes of her native city—its canyons and strip malls, mansions and bungalows—woke her to “strangeness and surprise.”

Instead of getting ahead

Other essays also speak to the idea of walking as a subversive act, a deliberate counterpoint to the full-speed propulsion of cars and trains and planes, a challenge to the American paradigm of “getting ahead.”

Jay Heinrichs, in “Incremental Man,” explores that idea literally and metaphorically; a 2018 fall that cracked his leg became the catalyst for questioning his relentless pursuit of prestige, financial security, and physical accomplishment.

That climb had a cost. “Life actually hurt,” he writes, describing the anxiety, depression, and suicidal thoughts that plagued him as he trained for a marathon while overseeing five magazines in two different states.

Heinrichs, before his injury, was a trail runner; post-surgery, he found himself inching behind a walker, then gradually—with the all the tumbles and incremental triumphs of a toddler—learning again to walk and hike.

“I came to realize that the trope of sprinting through life’s finish line makes little sense when you get older,” Heinrichs writes. “Maybe that sweet spot, the golden era, results from giving up the climb … We need not run; we can walk.”

Anthologies like Ways of Walking are not intended to be read in a single swallow. Yet proceeding this way (one piece after the next, in linear fashion, like a walk) yields an appreciation for how the book is organized: essays about walking as art, then a section on the squelched histories that lie beneath our steps; a section on walking as pilgrimage and ritual followed by “The Body Resistant,” essays about the challenges of perambulating while injured, or in a wheelchair, in a body that is “oversized,” or in fear for one’s safety.

Final sections include pieces that meditate on nature and plumb the idea of walking as an internal journey, one that yields self-doubt, discovery, and questions around every bend.

As a whole, the essays stand in conversation with each other: for one writer, walking is an exhilarating ramble into parts unknown, while for another it is crimped by the terror of assault or the pain of exclusion. Some walk to get away; some hunger to find home. “The walk itself is an argument built simply by keeping our bodies upright in their precarious, ridiculous postures, on two legs and propelled forward,” writes Justin Coffin.

For some, walking offers a glimpse of harmony—a human at one with the world—while for others, walking means treading paths bloodied by history.

JeeYeun Lee, who wears a traditional Korean dress while traversing a series of diagonal roads out of Chicago, paths first forged by Native people, notes how “the logic of taking has wreaked elimination, containment and dispossession upon peoples seen as less than human.”

And Rahul Mehta describes the contrast between those who live in the tunnels under Philadelphia’s commuter train tracks and the manicured women on those trains who comment that homeless people “could change their lives if they wanted to.”

Adrienne Mackey, a theater director and one of the original four collaborators on the Walk Around Philadelphia, tells how a reporter persistently asked her, “But why are a bunch of artists taking this trip?” The answer, she says, reminds her of what she loves most about making art: “the sensation of being in progress, in transit, in flight, of knowing together that we are headed somewhere.”

This book left me hopeful. Amid obstacles and oppressions, despite exiles and forced marches, humans continue to get up and walk—in sorrow, for justice, with joy—a slow, incremental journey that changes us with every step.

There will be two launch events for Ways of Walking: a Zoom virtual event on May 12 at 7pm and an in-person launch on May 15 at 4pm at Calvary Center for Culture and Community, 801 S. 48th Street, Philadelphia.