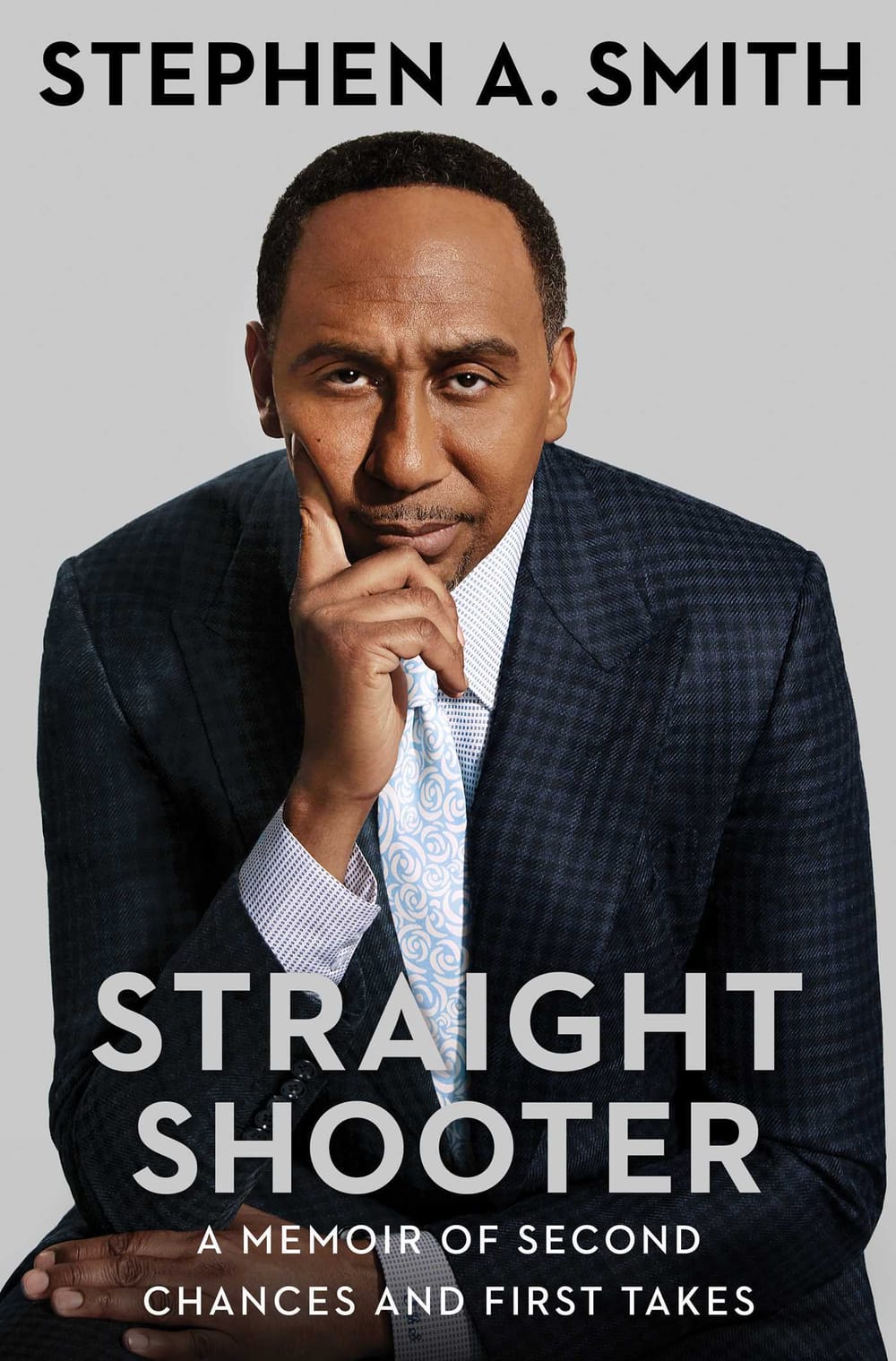 Before he was the voice that launched a thousand arguments on ESPN's debate show First Take, Stephen A. Smith first began to make a name for himself during his 15-year stint with The Philadelphia Inquirer. Beginning in 1994 and ending in 2010, Smith's stay in Philadelphia included stints covering Temple basketball and the Sixers, and a long run as a general sports columnist.

On January 19, to mark the release of his new autobiography Straight Shooter: A Memoir of Second Chances and First Takes, Smith returned to Philly, appearing for an author event at the Free Library of Philadelphia (watch it here). Interviewed on stage by current Inquirer columnist Mike Sielski, Smith not only told stories about his years in Philly, but he welcomed several old newsroom colleagues who turned up for the event, like former columnist Elmer Smith and retired sportswriter Joe Juliano.

I've been to a lot of those events, often with major authors, where not a single memorable or surprising thing was said. That was not the case with Smith.

Onstage at the Free Library, Smith discussed the story of his exit from the Inquirer, at a time when he was continuing to write for the paper despite hosting national television and radio shows in New York. "You've made enough money," he recalled one Inquirer higher-up telling him, ahead of an arbitration that was resolved in the writer's favor.

As for the book itself, it's a very candid and self-reflexive work, in which Smith shares painful stories about his upbringing, and his short college basketball career at Winston Salem State, in which an injury led him to the student newspaper instead. During a brief stint covering homicide in New York City, he wrote stories about the catching of serial killer Joel Rifkin.

He shares the backstage blow-by-blows of different contentious moments from throughout his career, and even expresses contrition about some of the times he's stepped in it with controversial comments, such as when he was suspended for comments about the Ray Rice domestic violence case. Smith also confirms something that I've always assumed about his TV persona: Howard Cosell was a major influence on him.

The author also makes clear throughout that being a Black man from Hollis, Queens is very important to him, as is his bringing a Black perspective to the world sports commentary.

The parts about his Philly stint are all highlights, full of great stories about John Chaney and Allen Iverson. Chaney, the Temple basketball coach, would call and yell at Smith after he wrote about him, calling him a "son of a bitch," but the two eventually developed a respect for one another.

The book also makes clear how Smith got ahead in those days: he was willing to go places other reporters wouldn't, including the bars and clubs frequented by the athletes, in search of stories, which he often got. And Smith was able, at least at times, to earn the trust of Sixers star Iverson, a man to whom the local news media was often not especially kind. The two men once had a falling out and didn't speak for months, but Smith told the story at the Free Library about a sit-down that was arranged between them at a Spring Garden night spot.

A welcome return to writing

It's far from rare for a former newspaper sportswriter to go to work in television and radio, and all but stop writing; at one point, the bulk of WIP's lineup consisted of ex-Inquirer writers who had given up the written word years earlier. But I had missed Stephen A. Smith the writer, and enjoyed the book on that level. Even if it was hard to read the words and not imagine them in Smith's voice.

I will admit that the television sports talk style with which Smith is associated—sports commentators having "takes," and screaming them at each other—is very much not my cup of tea. I rarely watch First Take, nor most of the numerous sports debate shows that have been inspired by it. I didn't like the politics version of this, when it was called Crossfire, and I don't like the sports version much more.

But even if you don't like what Smith does on TV, there's no denying that he is a fascinating man who's lived quite a life. The book is an enjoyable look at that life.