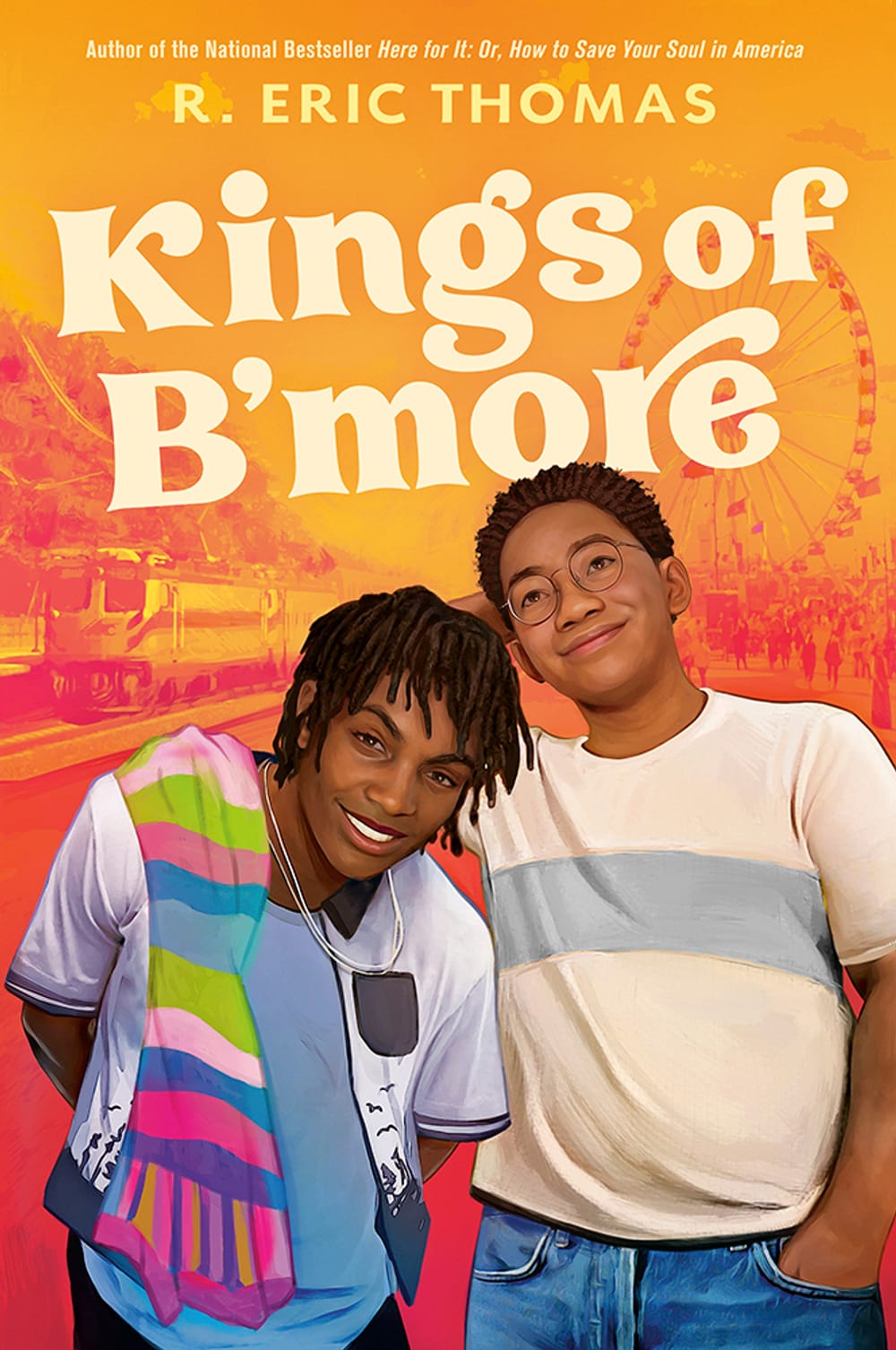 The new young-adult novel from R. Eric Thomas is the kind of adventure that I wish appeared more often in fiction: I clamor for more friendship stories. YA fiction is inundated with love stories: first kisses, graduations, unprocessed family traumas, and long-distance moves weave the tension. Kings has its fair share of the genre’s tropes, but it’s uniquely grounded in the nuances of friendship, setting it apart from other YA books.

Kings isn’t like Ferris Bueller by accident: it deliberately leans into it. The book follows two Baltimore teens: Harrison, an 11th-grader with aspirations of working and performing in theater, and Linus, Harrison’s best friend, who just revealed that he’s moving to Charleston, South Carolina, the coming weekend. With the clock ticking, inspired by Ferris Bueller, Harrison scrambles to cultivate their own day off (minus sending a car out of a window).

Employing the help of friends (a.k.a. the Phalanx of Sad Boys), Harrison orchestrates a precise itinerary, much of which hangs on creating a chance for Linus and his mutual crush Dario to “smooch” (I encourage everyone to integrate “smooch” into their vernacular). What Harrison himself may not be ready for is that Linus does not want this “day off,” derailing Harrison’s plans and spawning a chaotic day trip that uproots truths about their relationship and themselves.

Wanting it to B’more

Thomas’s writing feels as familiar as ever. Drops of wide-ranging nostalgia (there’s enough 1980s and contemporary bits to go around) decorate the narrative, making it feel close to home. The prose is often full of both levity and conflicted self-reflections. There are breaks in the writing that stage managers may find painfully amusing, too. The casual cadence makes for easy reading, and it is unabashedly R. Eric Thomas.

But the book endures a lot of the same problems I recognize from my years as a book editor, working on dozens of YA novels (and writing my own, which isn’t immune from the genre’s issues). They tend to struggle with muddy middles, predictable tropes and characters, and plot points without enough smaller twists to keep readers on their toes. YA fiction is widely formulaic, and when publishers expect a certain word count (usually 60-70,000 words), these flaws can wear out their welcome.

As with almost all YA novels I read, I found myself wishing here for more genre-bending in a more concise story. Harrison and Linus didn’t need that much room to tell their story, and it feels unfair to the reader, the writer, and the book itself—though this is not a critique of Thomas’s writing as much as it is a dish on the genre.

Ultimately, Kings of B’more is a great addition to the friendship adventure canon, and will please fans of Thomas’s writing. If you’re looking for a nostalgic trip with a bestie, then pick this up. It’s a great beginning-of-summer read. The novel is charming, witty, and lighthearted—which is refreshing against the peaking trend of depressing narratives. Longtime YA devotees may be treading familiar ground, but I would have devoured this as a teen.

A timely take on contemporary crisis

The Print Center presents A Brand New End: Survival and its Pictures

The possibility of uncertainty