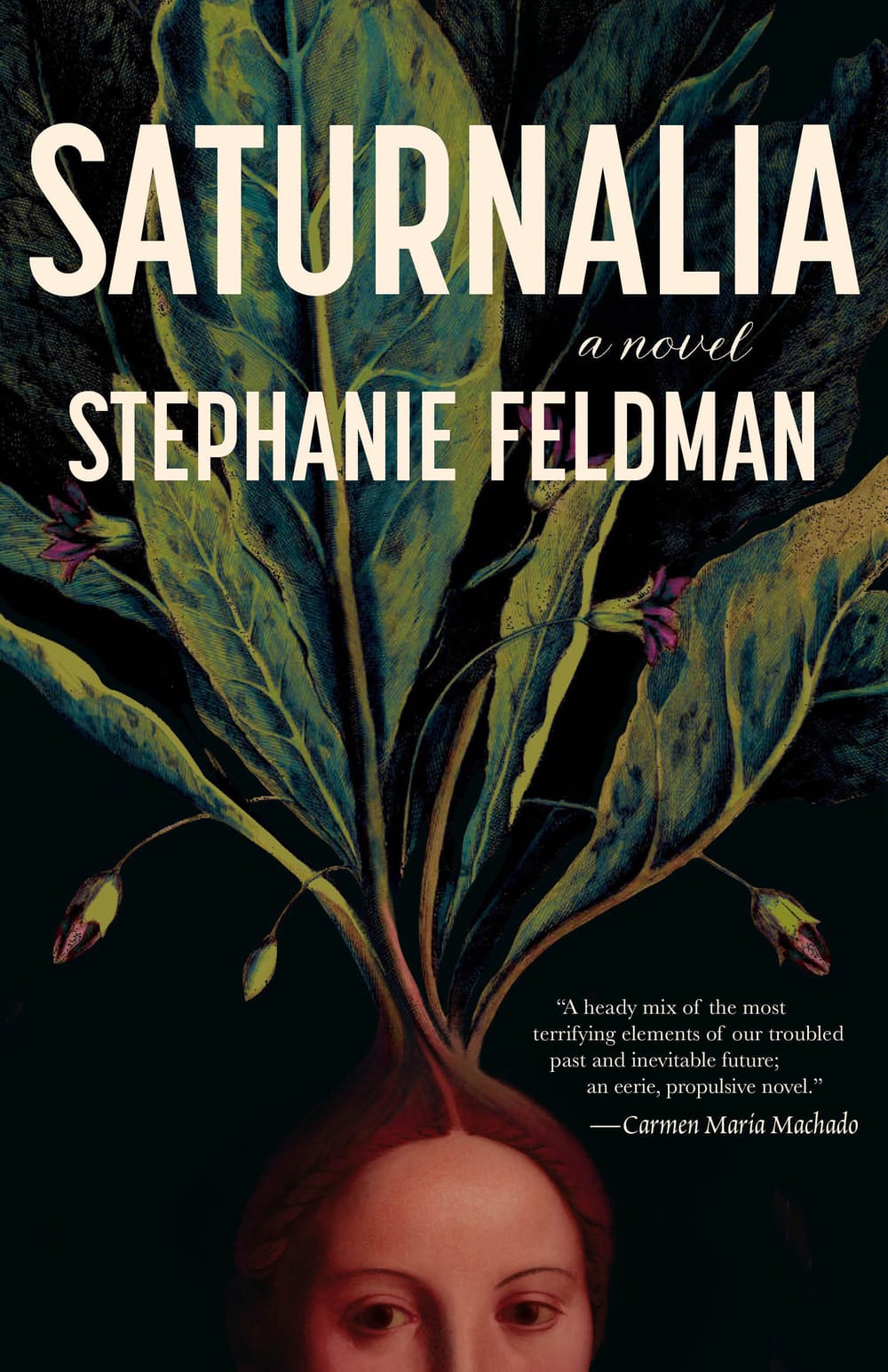 “Philly’s my creative backyard,” says Stephanie Feldman, author of the anticipated speculative novel Saturnalia. “I would’ve set the book here no matter what.” But the author, a born and bred Philadelphian who has been back in the city for 10 years, illuminates the things about Philadelphia that make it the perfect microcosm of American society, and reveals why she chose to set her novel in a chillingly near-future Philadelphia, where the titular winter solstice celebration provides respite from a city and a planet ravaged by climate change and disease.

If it sounds haunting almost to the point of off-putting in its realism, that’s kind of the point. Speculative fiction, like horror, holds a mirror up to society’s ills and idiosyncrasies and forces the reader to contend with the painful truths and consequences that are often easier to ignore.

Feldman’s first novel, The Angel of Losses, explored the more esoteric aspects of Jewish mysticism. For Feldman, religious faith is more of a matter of exploration and literary inspiration, rather than a personal reflection of her ideals. Faith is a matter of personal and communal integrity and is best expressed through action. Per Feldman: “The heart is inconstant, but we can show faith through our actions. I believe we have a duty to keep faith. As long as we’re here, we have to fight for better policy and better leaders, and we have to organize to aid each other.”

The pagan roots of Saturnalia, both the novel and the fictionalized, futuristic version that forms its setting, are a deliberate choice by Feldman. Witchcraft, astrology, and tarot cards all inform the setting, and Feldman believes that we are sorely in need of the inner reflection and seeing the divine in the ordinary that comes with modern paganism, and that there is a profoundly feminist angle to this aspect of spirituality. “Of course, these days we’re also looking for personal power and agency wherever we can find it,” she says, “I suspect the prominence of tarot and astrology also represent a new confidence among women. These pursuits have long been coded as feminine and derided as shamefully silly. We’re not embarrassed to enjoy something ‘emotional’ or ‘irrational.’”

Philadelphia itself is that concept made manifest. Feldman characterizes the city as being the reverse of “try-hard.” As a city, Philly is secure in itself, all the manner of magnificent, bizarre, ambitious, and enigmatic energy that makes us unlike anywhere else, and makes Philadelphians immediately identifiable to each other outside the city’s boundaries. The journey of Saturnalia, which takes place over a single night, traverses the iconic places in the city—Chinatown, Market Street, the Penn campus—with tiny touches hallmarking Feldman’s personal relationship with the city (look for an unnamed cameo from her favorite Chinese restaurant Siu Kee).

Philly has big-city diversity and history married with small-town energy that makes it a writer’s dream setting for a thriller with global implications at its core. From its founding and its seat of the Revolution to being the biggest voting district in a swing state, what happens in Philadelphia is what happens in America, for good or ill. With Saturnalia, Feldman crafts a dire portrait of things to come, but it ends in repair and redemption. Feldman hopes her readers will find hope in her pages. “Maybe it’s those human connections—between characters, and between reader and character—that make books truly comforting and revitalizing.”

Remembering home, history, and culture with Brandon Leung and Baisun

Bringing the world to Philadelphia for 50 years with Randy Swartz

Honoring the dance presenter, and dancing with 'Alice'