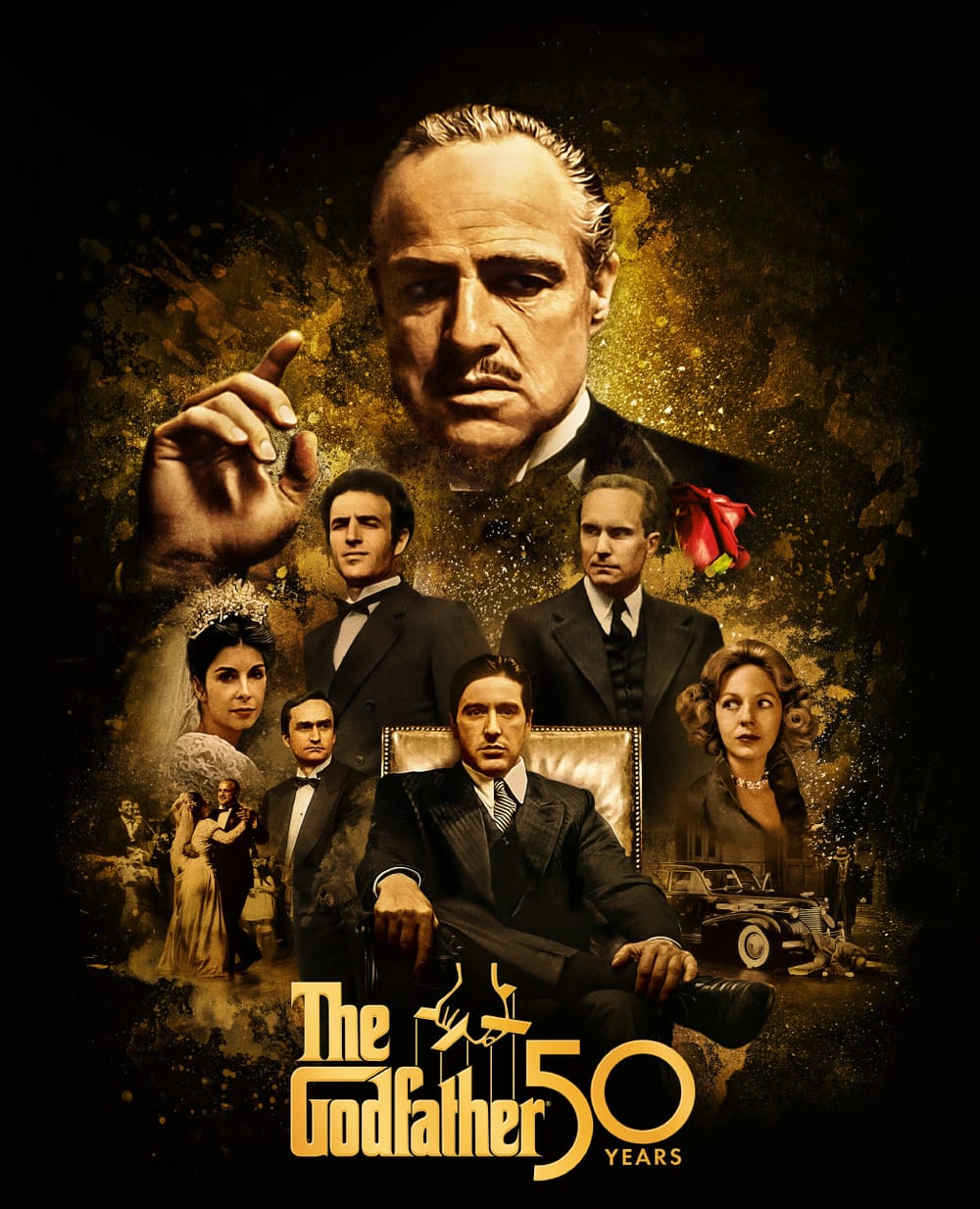 Philadelphia movie theaters will feature an eclectic mix of older movies, including the 50th anniversary of a classic, a couple of counterculture touchstones, and xenomorphs at midnight.

Francis Ford Coppola's mob classic, with Marlon Brando and Al Pacino, marks its 50th anniversary this month and for the occasion, it's getting a brief theatrical re-release. Here in Philadelphia, it's going in the Dolby room at the Fashion District theater. It arrives ahead of a 4K Blu-ray release of the entire Godfather trilogy on Tuesday, March 22.

The latest BMFI presentation from the Viva Video crew is Noel Marshall's 1981 Roar, a cult classic that's been called "the most dangerous movie ever made."

The father-daughter classic from 1973, starring Ryan and Tatum O'Neal and directed by the recently deceased Peter Bogdanovich, led to Tatum becoming the youngest Oscar winner in history at age 10.

Pink Floyd's 1982 rock opera, directed by Alan Parker, follows a character named Pink and his struggles with alienation. The film brings everything short of a laser light show, and professor Erik Sabo will introduce the March 3 showing.

The Lightbox presents a restored 4K print of director Wayne Wang's 1989 crime film, described by the center as "a crime-world docu-fiction populated by foul-mouthed cab drivers, seedy hucksters, aging Elvis impersonators, and privileged upper-class progenies." Check out our profile of the Lightbox Film Center's efforts to restore the director’s cut and preserve film while you’re at it.

Don Seigel's original Dirty Harry is the story with resonance today about a cop willing to fight lawlessness by engaging in a bit of it himself. The film, starring Clint Eastwood, is showing in Bryn Mawr with a Cinema Classics seminar led by Paul McEwan on Wednesday, March 9.

The popular 1979 horror film from director Ridley Scott is getting the midnight movie treatment at the Ritz Five, which is assuming the midnight mantle now that the Bourse is out of the Ritz family and the Ritz East is closed.

John Cameron Mitchell's 2006 oddity which famously featured a commitment to both pansexuality and non-simulated sexual intercourse, has a new restoration this year, and it finally comes to Philadelphia on the 16th for a show in the mausoleum.

Walter Hill's 1979 film about marauding street gangs in a dystopian version of New York City is coming to the Film Center, upstairs in the Greenfield Screening Room.

The beloved Pixar film from 2015 from directors Pete Docter and Ronnie Del Carmen tells the story of a young girl's emotions fighting it out inside her head. It's a family matinee also in the Greenfield Screening Room.

Dennis Hopper's 1969 biker road movie might be more tied in with the 60s counterculture than any other film. Starring Hopper and Peter Fonda as a Billy and Captain America accompanied by rock standards of the time, the two bike from Los Angeles to New Orleans. Amy Corbin will lead a Cinema Classics seminar on the 23rd.

Stanley Kubrick's highly controversial 1971 drama, which marked its 50th anniversary last year, looks at the Droogs (led by Malcolm McDowell), their campaign of "ultraviolence," and the painful government treatments that result.

François Truffaut's 1959 masterpiece is one of the key works of the French New Wave. It tells the story of a young Antoine Doinel (Jean-Pierre Léaud), who the director would follow in several more films.

The oldest film showing this month is Charlie Chaplin's 1936 masterpiece, which came out 86 years ago. Chaplin's last outing as the Tramp is being introduced at Lightbox by Toni Bowers.

The famous Western directed by Fred Zimmerman and starring Gary Cooper and the region's own Grace Kelly turns 70 this year.

And the month ends with the Ecstasy of Gold and another of the greatest Westerns of all time. It's Sergio Leone's 1966 story of a hunt for gold starring Clint Eastwood, Lee Van Clef, and Eli Wallach.

Every frame a song

Philly Fringe 2022: Shavon Norris’s Me and Jesus and Prince and Captain Jean-Luc Picard in a One Bedroom Apartment in the Bronx

A love letter, a challenge, and an invitation