The fourth annual BlackStar Film Festival launched on July 5 at the Barnes Foundation, with a conversation on “the intersection between film, design, and black style” featuring independent curator and filmmaker Shantrelle P. Lewis and designer and blogger Andrea Pippins. Maori Karmael Holmes, the festival’s founder and artistic director, introduced the event, which was part of the Barnes’s Free First Sundays program sponsored by PECO.

Holmes said that the event aimed to focus on the festival’s two themes this year: Social Justice and Film Design: “We need to have both an expression of our own humanity parallel to #BlackLivesMatter (along with some other film organizations, we have been using #BlackStoriesMatter), as well as a collective space to gather, network and celebrate.”

Life's Essentials and the coolest artists of our time

The festival will kick off on July 30 with Life's Essentials with Ruby Dee (2014, 90 min.), a documentary film by Ruby Dee and Ossie Davis’s grandson, Muta'Ali Muhammad. The festival will run through August 2, closing with the film Treasure: From Tragedy to Trans Justice, Mapping a Detroit Story (2015, 61 min.), by dream hampton, who will receive the Richard Nichols Luminary Award for her contributions as a filmmaker, writer, and activist.

With more than 60 full-length and short films from four continents, as well as a variety of panels and other programs that attract filmmakers and film fans from around the country, BlackStar continues to be a showcase and touchstone for contemporary, independent cinema by filmmakers of African descent. Screenings and other events will take place in West Philadelphia at International House, the Institute of Contemporary Art, and World Café Live.

“There is no other collection of works like ours, with the mix of emerging and established voices in one place,” says Holmes. “You also can't replicate our vibe — which is akin to a family reunion; if only your family was comprised of some of the coolest artists of our time.” 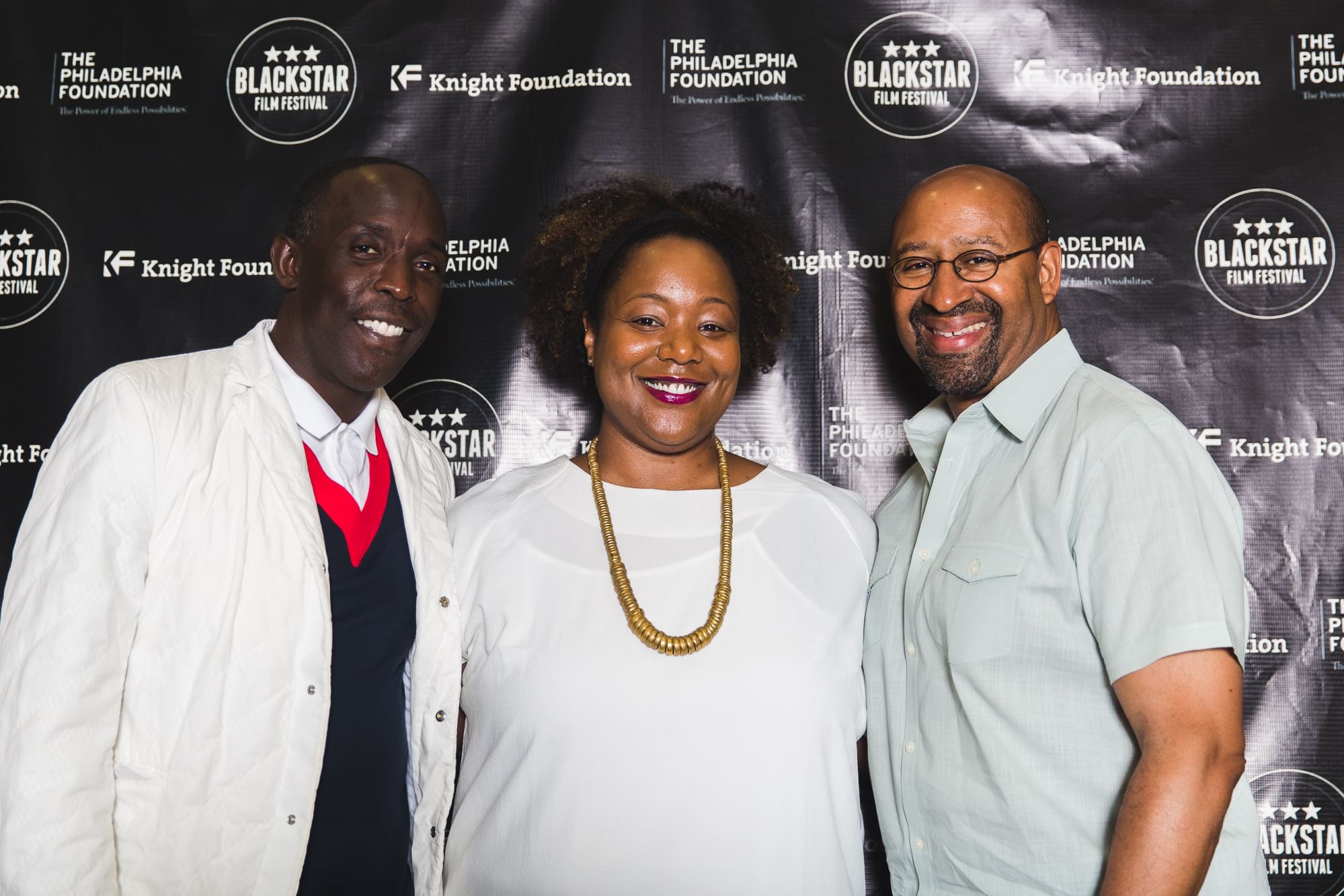 In addition to the opening and closing films, there will be two premieres by noted filmmakers Arthur Jafa and Terence Nance.

Swimming In Your Skin Again (2015, 23 min.) is Nance’s most recent film since his first feature, An Oversimplification of Her Beauty (2012), which the New Yorker called “wondrously inventive.” BlackStar calls Swimming “a film about motherhood, banality, Miami, the water, the divine feminine, and singing in church in a way that calls forth your own adulthood.”

New Soul Rebel (2015, 19 min.), directed by Arthur Jafa and Malik Sayeed, is a production of TNEG, a new film studio founded by Jafa, Sayeed, and Elissa Blount-Moorhead with the mission to “push what we understand to be new black cinema and to create not just new narratives but also new aesthetics and technical parameters within black cinema." According to Holmes, the festival will offer a program of TNEG shorts.

Some films on offer explore the world of international spirit rituals or music. BaddDDD Sonia Sanchez (2015, 90 min.), “a peformance-packed documentary,” explores the 80-year-old Germantown poet’s “central role in African American culture over the last half century,” especially her mission to include African American literature in the university canon. There’s new rom-com/family drama Christmas Wedding Baby (2014, 72 min.). And Red Bone Guerillas, an “improvised narrative” from 2002, is “a true story about people who don’t exist,” imagining a fictional filmmaker who sets out to document an acting star and finds an unexpected subject.

The 2015 BlackStar Film Festival is running July 30 through August 2. The full screening list and schedule, along with locations, are now online. To purchase tickets and festival passes, click here.